I did not see it right away. I was trying to establish connections between personal memories and photographs through painting and tapestry. I thought then I would find a way to comprehend what it is that an identity is made of.
On February 14th2005, it came to me.
This fuchsia bathing suit had been given to Alix by her father when he returned from one of his trips to the United States. Its underlining, far from putting a stop to my research, took me on a breathtaking journey during which my memory and my imagination got sidetracked, as the embroidered little bee on the bathing suit twists and twirls from one flower to the other. 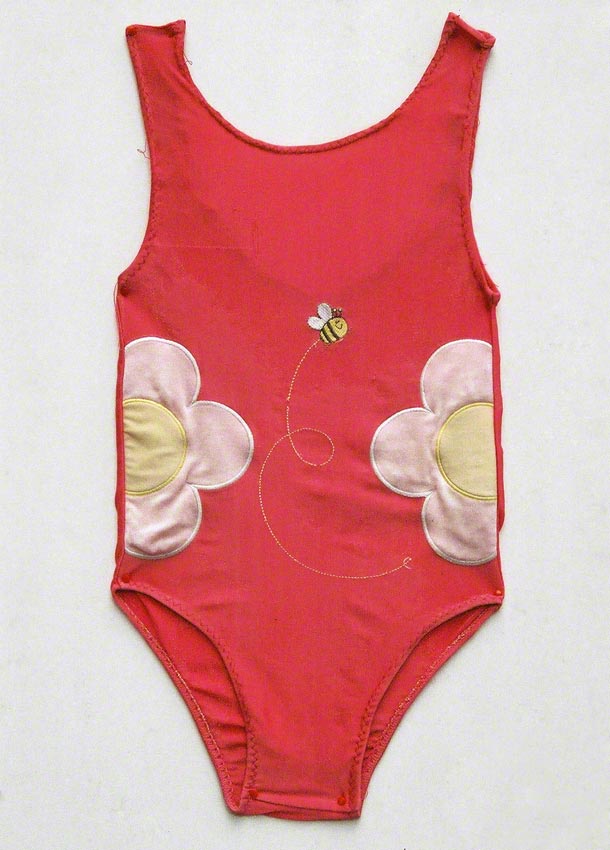